I had intend to post the Frederick Douglass article on my Eastern shore blog, but it posted on my “Pieces of Me” blog…it occurred to me with the help of my whisperers that all my pieces of me requires to be on one blog, to make me complete. So I will now be posting all of my maternal and paternal ancestors on one blog.

Here was my first entry from the Eastern Shore blog posted on October 14, 2013 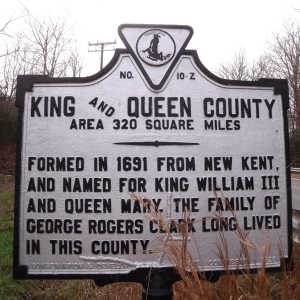 I was in high school and my first impromptu interview about my ancestors was with my paternal grandmother Mary Grace Acree Downes. We were in her sitting room and I started to ask her questions. I don’t remember how it came up, but she told me that her father Oliver Acree was Cherokee Indian. Since my father nor neither one of the vast amount of paternal family members had never mention this to me, I pretty much disregard it, I even remember telling her that just because your father had straight black hair did not make him Indian. Everybody and his brother insist that they have Cherokee in them. I told her that most likely that you have a White overseer as an ancestor, Years had past and all my elders had died, when I heard the whispers again to find my ancestors. I was not listening when they were whispering when I was younger and my elders were living. No I had to tune my ears, when there was no one to ask. Two years ago I google my grandmother’s great-grandfather Ruffin Acree,  I found an old post on  Acree Family Genealogy Forum dated December 25, 1998,

I am doing Powhatan genealogy, and I am looking for ancestors/ descendants of Ruffin Acree (b. 1821) of King and Queen County, Virginia, and his wife Peggy Ann (b. 1830). They had one son, Leroy/Lee (b. 1861 – d. 1910) who had two marriages, both with women named Byrd. I see a lot of Acrees today named Cathy Lee and Deborah Lee, etc., which curiously indicates some affinity for “Lee” among the Acrees. Any information you have will be gladly received and reciprocated. Best regards.

There it was my first connection to what my grandmother had told me. So I doubted that the email address that Rarihowats had left was still valid. But I wrote him anyways. To my surprise he wrote me back. Rarihowats is the Powhatan nation’s historian/genealogist, He had enlighten me that the expression that someone has Native American in them is not correct. The expression is that I had ancestors that lived the life as Native Americans. My Acree lineage was of the Rappahannock nation, Most live in Essex, Caroline and King and Queen counties.